This is one of the best example why Tourism should be allowed in all the areas of the park and every road available should be open to the Tourism.
I can state here one incident. Once in one of the meetings I asked Field Director that all the ranges should be open for Tourism. His instant reply was, why you want to go there I always see cattle and villagers there. I said Good let people pay and see the cattle and soon people and cattle will stop and we will start seeing wildlife there. This is when Magadhi Khitauli and Panpatha were opened for Tourism without any route system.
Magadhi and Khitauli became very popular and within two season we started seeing more wildlife and less cattle. Tourism brought the news of a Tigress with her three cubs in Khitauli Marjadgarh and a Tigress in Damdama.
In my last three game drives I did not had much to show or write here but this morning although there were no Tigers but Gaur kept us busy for some time. And we were happy with our morning drive.
When we reached to Kitkiya, we saw that a Tendu tree is being cut and left on the road. This happened this morning. Some villager entered the park and cut this tree right next to the road on A route and while he was still in process of cutting it in a Balli (Log used in House building ) size some Tourist vehicle came and he ran away by leaving the log behind.. 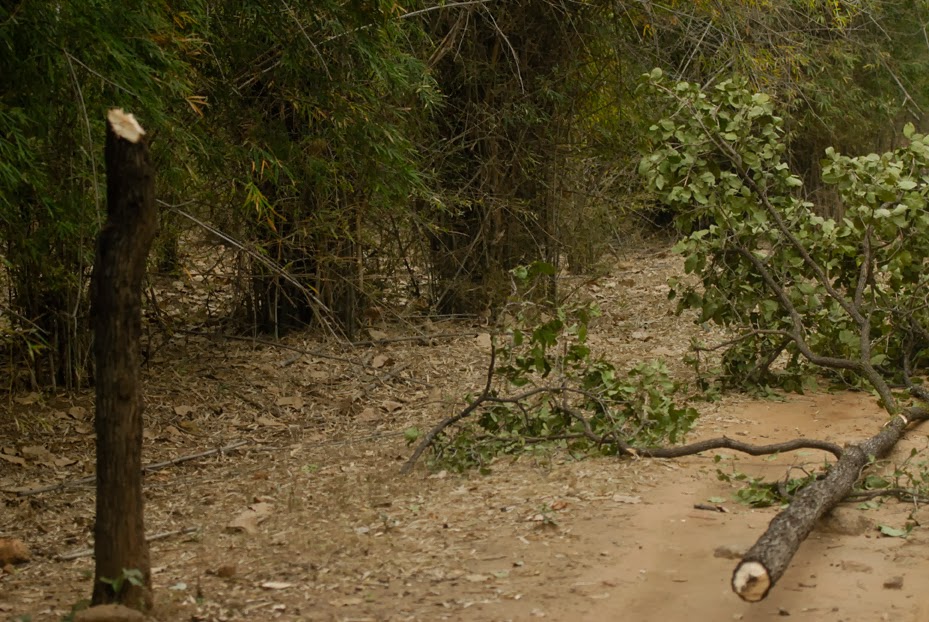 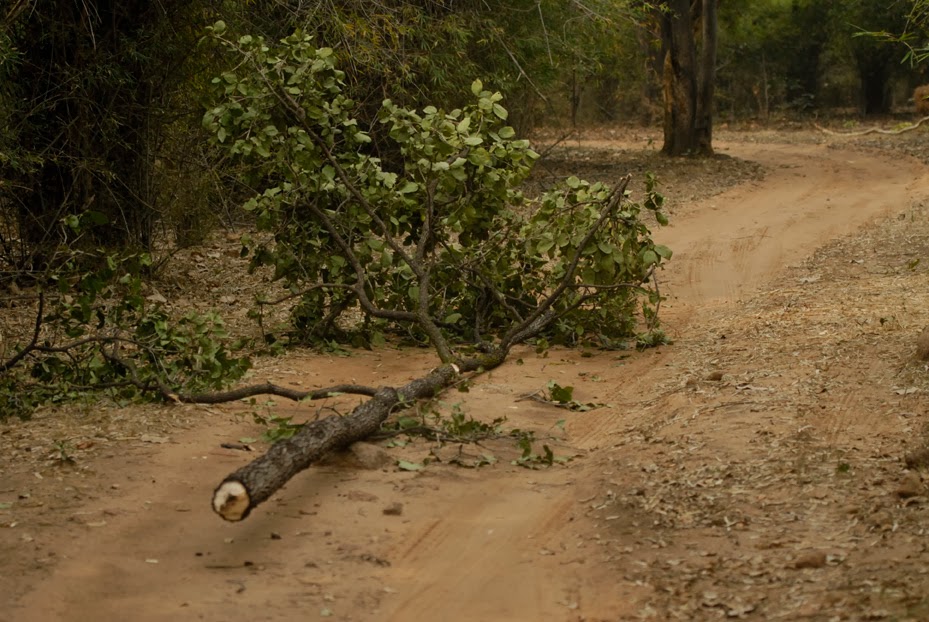 Majority of lodge owners or Tourists don't like going on A route because it runs along the park boundary for few kilometers and you dont see much in this stretch. I say this as a contribution of Tourists towards the park they visit. This is one of the best patrolling effort and very effective patrolling. I don't know why no one could convince the Supreme Court. Last year villagers were seen by tourist carrying a wild boar kill in Bhitri area, again on A route.
This year my guests saw women carrying firewood from the park and leaping over the fence but by the time they reached the spot they already jumped the fence. When Guide and Driver told them that one day a Tiger will have you, they just laughed. Here are few pictures from that day 16th Feb 2014. 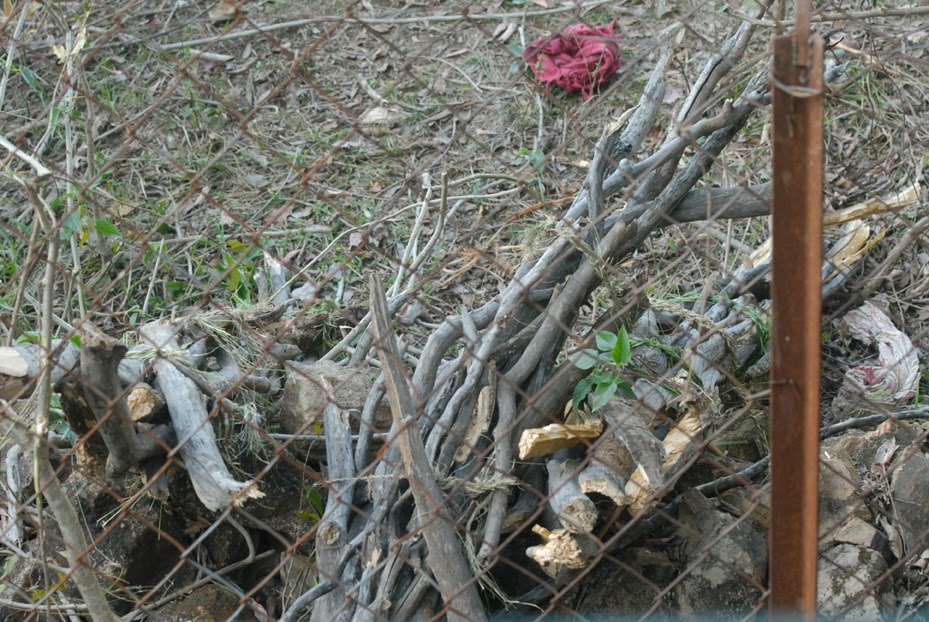 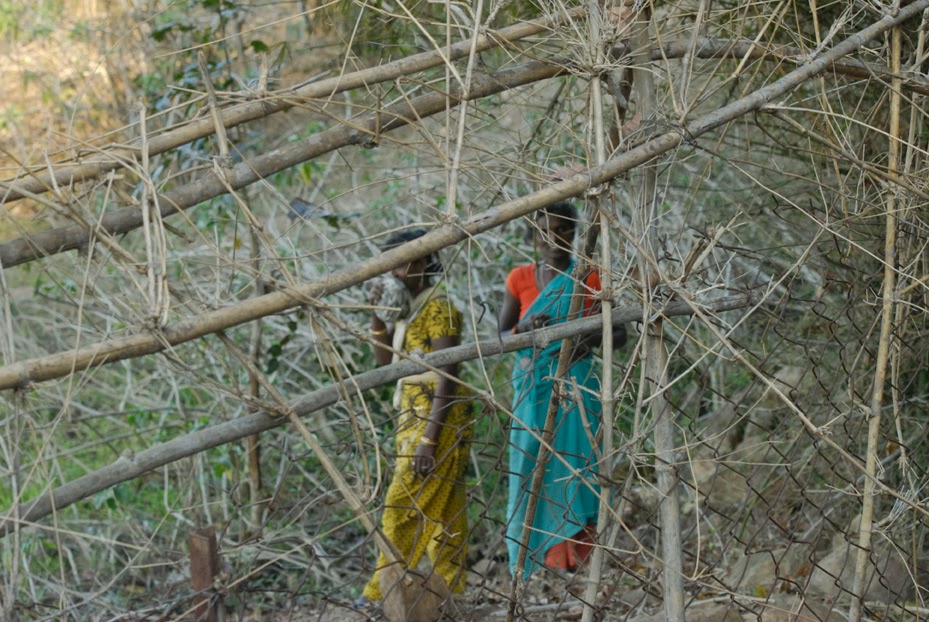 Minimum 5-7 villages on eastern side depends on park for firewood and for their other domestic needs from the forest. One can see footpaths everywhere on A route. Most of the labour that is engaged for patrolling in the park just walk on road and that too at the time when Tourist vehicles are already patrolling the park. This is the one reason why tourist vehicles should be allowed in the park at the time of dawn and dusk to control the illegal movement of villagers in side the park. Sorry to say this that Tourism industry always fight for timings of the park, things get decided at top level but at ground level it never materializes. In hindi we call it Fir Dhaank ke teen paant.
One Field Director allowed Villagers to use Lakhumar meadow for agricultural use. I immediately objected on this. My argument was that you don't have the authority to supersede the law.
Of course he didn't like this but because many other officers present and Retired like Mr J J Dutta agreed with my point he has to withdraw his order or asked the villagers to leave, I don't know, but animals got their land back. At the same time a person built the house right next to park boundary in Damna village. This house proves that wildlife doesn't affects crops as much as it's cried by the villagers. This house thrived in last ten years even after sharing their fence with the park.
Since last few days we could see a Loudspeaker on top of the roof of this house blaring music all the time and today I saw them throwing rubbish over the fence in park.
This must be stopped. 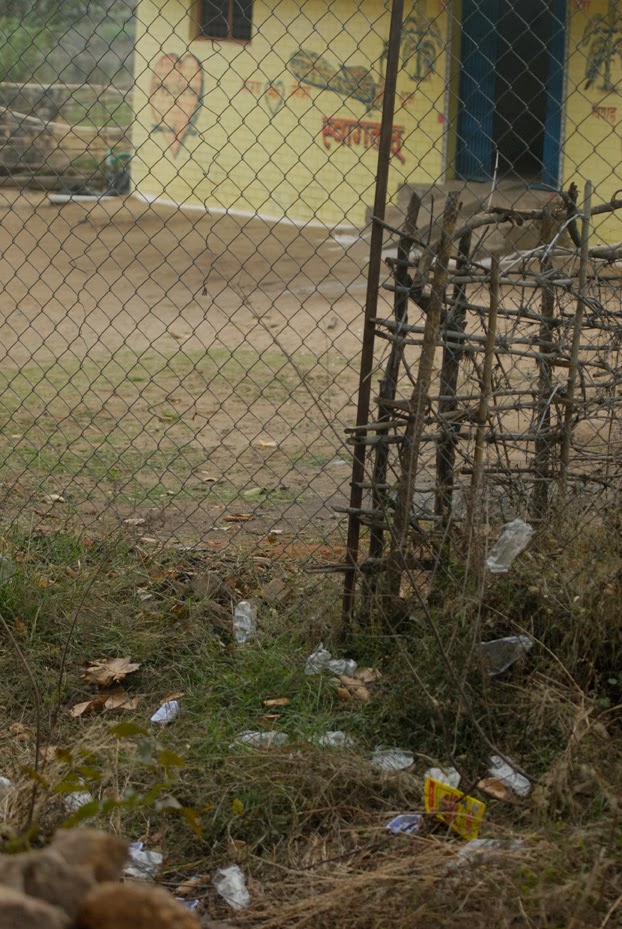 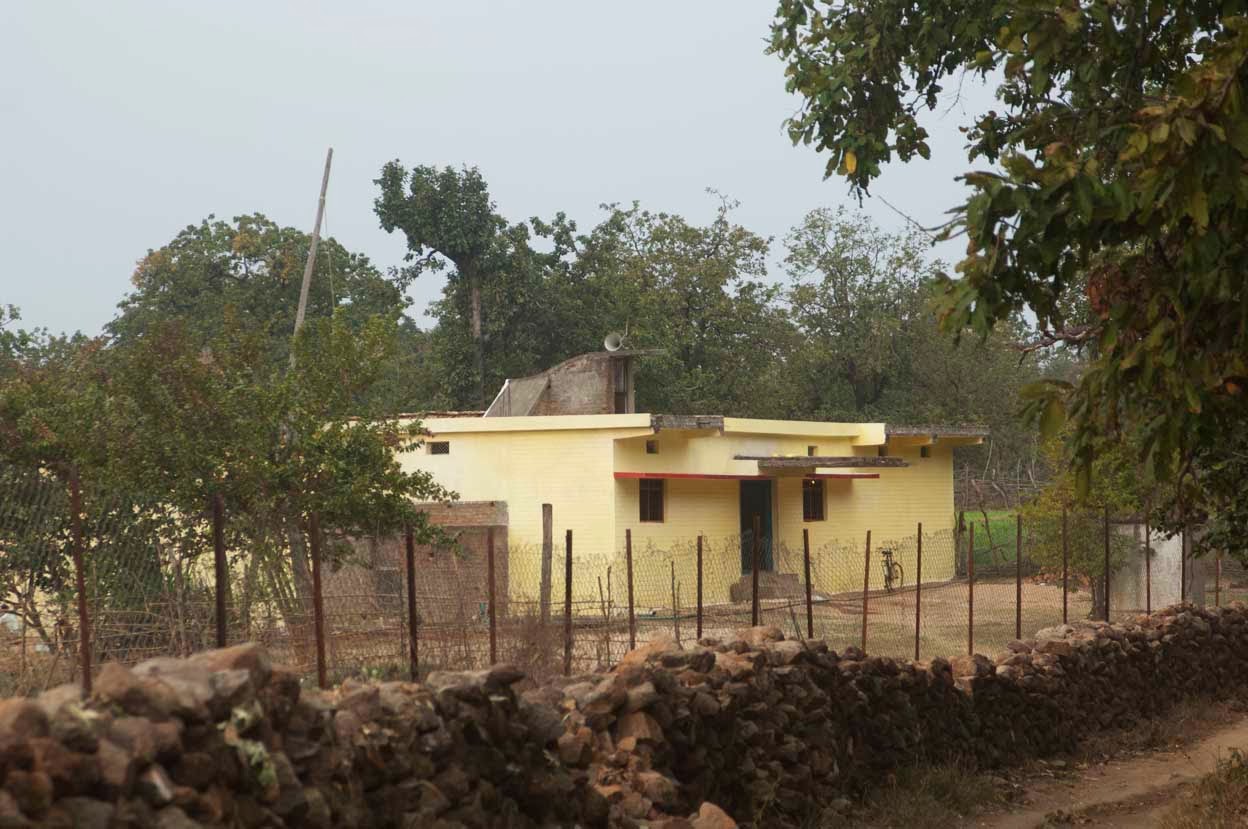 Posted by Bandhavgarh at 4:18 PM

Very educative post..this is very information for us people who are not professionals but visit the park as tourists to enjoy nature. thank you

thanks for yr encouraging words.