Few things in last few days reminded me of one of incident took place in Kisli in 1979. I booked an elephant in the morning for Tiger tracking and found myself sitting on elephant back next to Mr George Washington. Once the Tiger was found and Tiger show was announced we got off the elephant. A small queue of jeeps was formed on first cum first basis. Tiger show was going on smoothly. A jeep came and it was parked out of the queue. Before anyone could ask the driver to park his jeep in queue the driver came to ask the name of Range officer in charge of the Tiger Show.  Next minute he came back asking Ranger that so and so D.F.O. is calling you.
Ranger was asked to send an elephant out of turn to this jeep so the D.F.O. and his party could see the tiger without wait. Ranger refused. Person sitting in jeep threatened him telling him do you know who am I. I am D.F.O. of such and such place.
Now it was the turn of George Washington to reply. Sir at present I know and recognize only one D.F.O. and that's Sh H.S Panwar. The day I will come under you I will start recognizing you.
That was the discipline maintained in Kanha with full support of it's director Mr H.S.Panwar.
George Washington retired gracefully as Ranger from Kanha Ntl Park. I witnessed this incident with K.P.Tiwari, and Sabir Mahavat. Later on we found out that Mr George Washington was highly respected for dedication to his work by all the senior officers including Mr Peter, that time Principle of Rangers College Koyambtore.
Posted by Bandhavgarh at 2:46 PM No comments:

There are so many sightings where tourists were told about Tiger ID as Bhagoda. Most of the pictures of Bhagoda that are sent to us by tourists in last three years turned out to be JOBI male. So people who keep the record of their sighting for them I am putting here a picture of Tiger that was called Bhagoda. This was Durga's male cub, who was very shy and never seen again in Tala zone after 2010 monsoon. This was the Time when B2 was still strong but Shashi / Bamera was also moving as Wanderer and dont forget that Shaki / Bokha was also a dominant male in Durga's territory so survival of a young male tiger in presence of these three strong Tigers was not possible. In those days Shashi / Bamera was fighting with everyone. 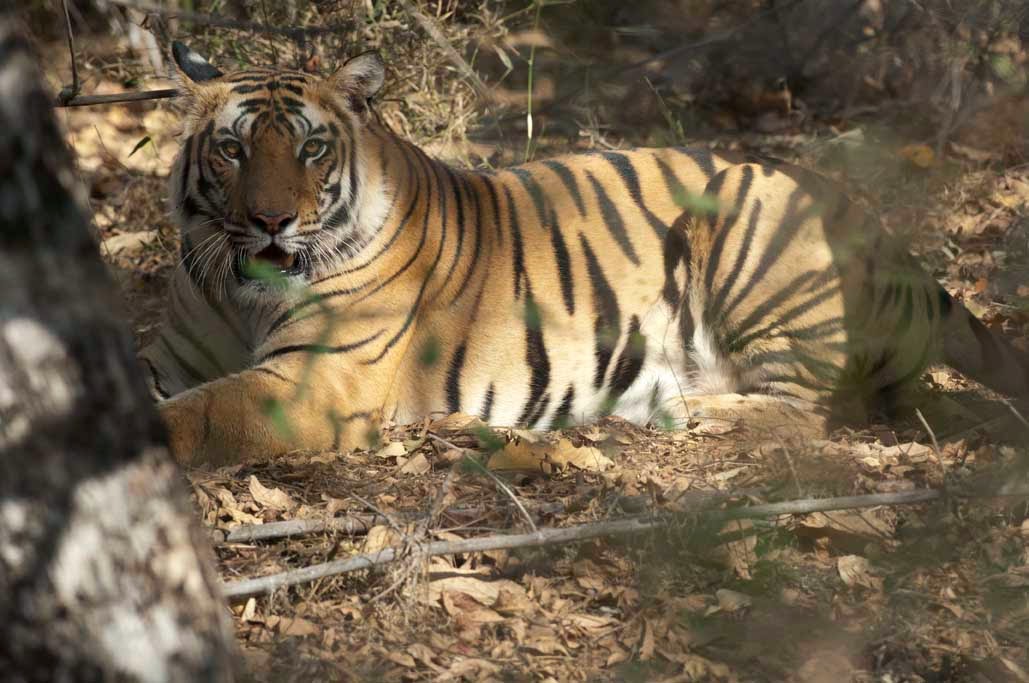