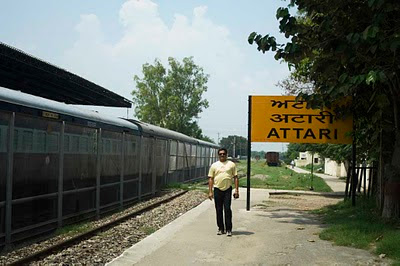 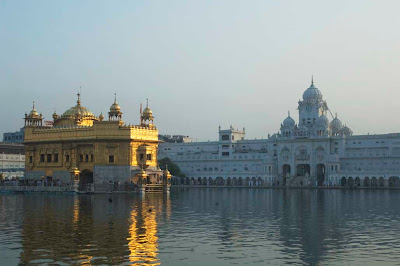 After reaching Jammu we decided to see Amritsar. This turned out to be wise decision to use time wisely. We left Hotel under heavy rain. We needed a honest Auto driver and this time we had one. He took so many short cuts to avoid the traffic jam but where ever we went we found the worst situation than before. (see the picture above) Somehow we got a seat in Muri Express. Shailesh fell a sleep straight away. Finding a Hotel in Amritsar was another task. Shailesh knew that there are hotels right outside of Golden Temple so that was our target. We selected an innocent looking boy as our auto driver and asked him to drop us in a hotel outside Golden Temple. His instant answer was yes but minutes later he tried to dump us in a lane saying Golden Temple is just on walking distance from here. We knew this trick so refused to get off. He tried another hotel and at last refused to go to the destination we agreed for. We got off and decided to look for hotel by ourselves. A traffic man guided us and Shailesh found the right place to stay.
We had a quick visit to Golden Temple and dinner at Bharawan Da Dhaba. Naam bade aur Darshan Chhote. Food and service was not that good as we were told. That was disappointing. Shailesh missed his Chicken, god knows where that restaurant was.
Next morning again we visited Golden Temple and Jalianwalla Bagh. We both were impressed with cleanliness and with the behaviour of devotees and people at Golden Temple. I did not go to Vaishno Devi temple but Shailesh's comment was that he was pushed by police man at Vaishno Devi and hardly got a second to have Darshan. I knew this. Thats the one reason I have stopped going to the temples. I stopped it after my fathers death in 1974. Now I firmly beleive in my own God to whom I pray every day at home. Now I am not an orthodox religious person but prayer has become a habit.
I liked visiting Jaliyanwaalaa Bagh. One reason behind that was because we read about it in school days and that horror image was drawn in the brain that in order to save their life how people jumped in that well. Bullet marks, Well and the place from where they were fired completes the picture.
We still had some time to visit Bagha Border. We took a taxi for Bagha. There we found that visitors are allowed only after 1630 PM. Driver knew this fact but he didn't wanted to loose his business. We did see Atari railway station.
I salute to all those freedom fighters who lost their life that day.
That evening we took a train to Delhi. Next day Shailesh left for Jabalpur while I decided to go and see my family in Mainpuri.
Posted by Bandhavgarh at 4:20 PM 1 comment: 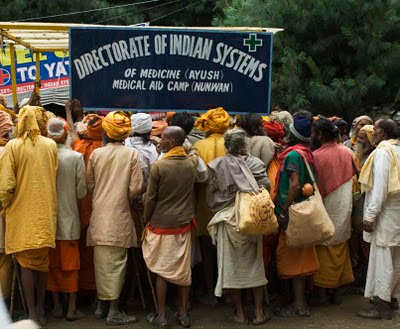 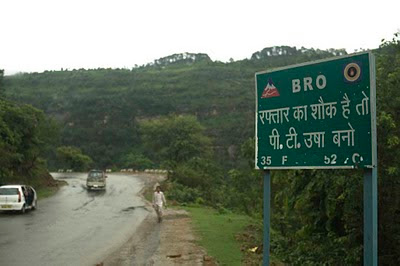 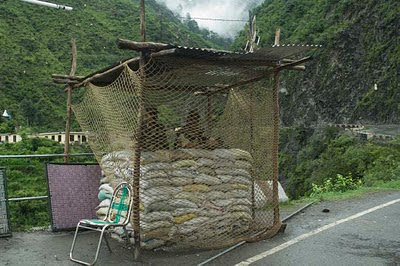 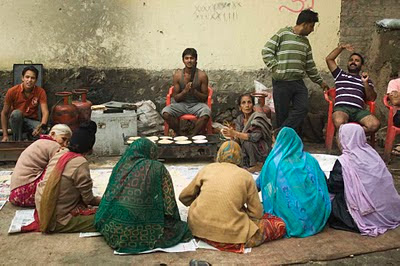 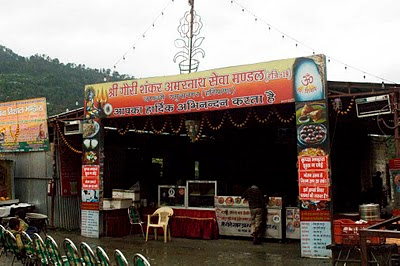 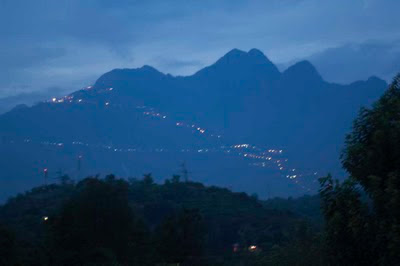 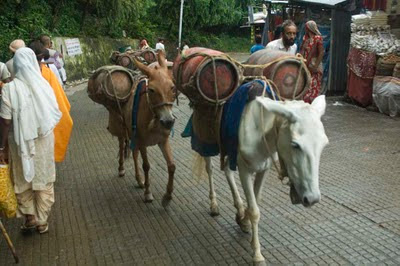 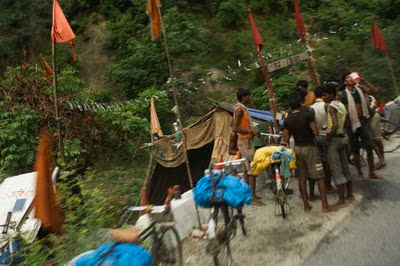 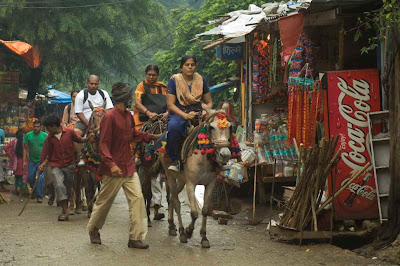 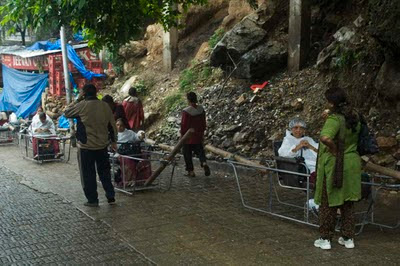 Yes I had been to Vaishno Devi. We (Shailesh and Me) reached Jammu on 4th afternoon and on same evening we took a bus for Katra, the base camp for Vaishno Devi. Bus journey is like any other bus journey in the country. Bus will move only when the Driver and Conductor agree on passenger numbers. I was not at all in a mood to climb the hill in dark. we started our journey at about 2100 hrs on horse back and reached temple site little after mid-night. After seeing the display board, things you can't carry to the temple, I found it a good excuse to avoid the Devi Darshan. Shailesh decided to carry on so I come back to a dharamshala and booked two beds in Dormitory for us. Shailesh came back at about 0330 in the morning and went straight to bed. It was a nice and clean place, run by Trust. Their canteen is very popular. They serve food cheaper than Katra. After a cup of tea in the morning we decided to stroll back to Katra. Shailesh agreed. Little he knew about his health otherwise he would have refused.
We didn't had any dinner or breakfast so we both were starving. Looking for a decent restaurant for breakfast was tough. At one place where we decided to have b/fast saw a lady complaining about an insect in sambhar. I quickly changed my order to few chocolate bars.
Shailesh was hungry and tired so we decided to stop on next restaurant. At one place we saw fresh stuffed parathas on hot plate and decided to have breakfast here only.
By the time we reach Katra town Shailesh was completely exhausted. One Massage wallah saw his condition and tried hard to get the business. 20 rs is not a big deal for ten or fifteen minutes massage. This is dry massage. Oil massage cost five times more.
We used pony to go up. I will say that was a mistake. Best way is to take the pony uptill Ardh kumari or Tempo stop and from there just take the Battery tempo. This way it is cheaper and more comfortable. We both realised our mistake after an hour or so sitting on that Pony. One can do the same thing on way back, even from Ardh Kumari one can stroll back. It takes more than an hour with very gentle pace. We need to learn manners, only that can keep this site clean. I saw people throwing rubbish every where on path and on hills. And of course the trust itself do not try to keep the path and hill area clean. They empty the dust bin on hill.
Posted by Bandhavgarh at 10:22 PM No comments: