Today morning Hariom , my younger brother, brought the news that a Tiger has killed a girl in Kuchwahi village . Kuchwahi is less than 3 km from my home and Park boundary in crow flight. Me and Kay reached there in minutes after getting the news. Forest vehicle was following us so we let them pass. Bablu ktpns said that they have brought the body in the house. Place was full of visitors. Police was there and so the forest deptt.
A tiger walk through wheat field to leap over the fence, walk through the village, killed a cattle, drag it through the fence by breaking it and start eating 300 mtrs behind a house. Anjana came out of house to collect the mahua flower under a tree that is 300 mtrs from her house and 30 mtrs from where this tiger was eating her kill. Tiger saw her as an obstruction and charged on her. She got killed instantly. Tiger dragged her few meters and left her there. Her body was not eaten by Tiger.
This case has left many questions to answer.
A sad story.
Posted by Bandhavgarh at 5:36 PM No comments:

Kim, old friend and a famous wildlife photographer from Oklahoma, arrived on 4th March and from 5th we started our work in the jungle of Bandhavgarh. It is an old story of permission troubles. After reaching at the gate we found that our permission papers have not reached to the park gate yet. Since the 28th Feb case staff working for Tourism in the park were unable to found so I knock on the doors of Park Supdtt. at 0600 hrs in the morning. He gave me his copy that I could show at the gate to enter. Later on I learnt that I am not the new for this many other people dont get their permission papers in time but information is sent through wireless but this did not happened in our case.

Kim comes here for Tiger photography. She has enough pictures to publish a decent book on Tigers. She is coming here since 1998 and every stay is never less than three weeks.

We had some quite good sightings but they were not good for photography. Either the light was not good or some other obstruction. I was aiming her to get minimum few quality photos during this time.We spent most of our time looking for Chorbehra or Andhiyaari jhhiriya cubs. Infact apart from them there was no other tiger on which Mahavat could rely to find them regularly. Even these were not easy to find. Chorbehra cubs were rarely playful. We saw them growing in three weeks. In 23 days time we saw changes in their wooly coat. Their size changed. Although I doubt they get as much food as the other cubs on the other end of the park get.
We had few leopard sightings but none were better. Infact few sightings were better from jeep than elephant. It may be a great surprise for some people that leopard population in the park is as good as Tiger. There are minimum four different leopards between Tala gate and Chakradhara. One leopard we saw on road was very close to the park gate. Monkeys gave us the clue about his hiding spot and once his cover was blown away he decided to come in open. It was a good sighting but nothing for photo.
All in all 23 days were fun in the jungle. We had to face lots of red tape from the forest dept. lower staff. It will be interesting to know how the other people deals in these situations.
At last I would like to make some comments about the jungle.
Habitat degrading, Water holes drying, Low Prey base for carnivores, High density of Big Cats, Fence trapped the young cats to move out to look for their own home ground hence affecting the prey base. But all these things makes sighting easier and tourist happy.
Only thing we regret in these 23 days that we never saw Chakradhara female and her cubs and neither their pugmarks.
Posted by Bandhavgarh at 5:07 PM No comments:

Lata was one of the oldest female elephant in Bandhavgarh. She sat many records here. She worked till last day of her first delivery and same she did on her last delivery. She was retired from tourism work in 2006. Since than she was kept at different Elephant camps in Bandhavgarh but always with breeding elephants. She was a very caring Aunt. Starvation is the major cause for elephants death in nature. They grow 6 sets of teeth in their life time. After the last set of teeth's they cant chew their food. Lata was surviving on boiled Rice, Daliya and Gud.
Mahavat told me that last day she ran back from Milli camp to Sukhi Patiya camp. Destroyed her temporary hut and died that night. Why she destroyed that hut? Animal world. we can't read their mind just predict that she might have decided enough is enough. You don't me to stay here where I want then why should I let this hut stay here.
I am off.
Thanks.
Bye Bye.
Mahavats refused to puncture her body for postmortem. One said to me How can I do it? She fed me for so many years. Let her go peacefully but no Govt. papers has to be completed.
I salute her. She was a very good elephant. Munmun and Elephant Lata story is only of three sentences for which Kay has to draw a picture. I will show you that picture on some other day.
Posted by Bandhavgarh at 7:45 PM No comments: 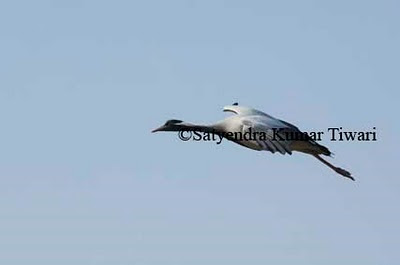 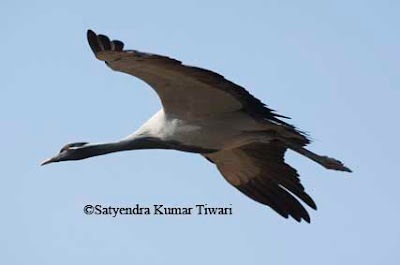 There is so much to write about the park and other things happening in Bandhavgarh but never got any time and now time is too late to write. But I will record these things here sometime in future.
We were again in Jaipur. This was my third visit to Jaipur in last three months. some people did asked me that what is attraction in Jaipur and I am telling you now there is no attraction in Jaipur. Spent four boring days in Jaipur, saw most chaotic mismanaged Elephant Festival. it was so chaotic that one of our friends wife left the place earlier than us by saying that I don't feel safe here. Peoples were running everywhere around elephants. Elephants came from Amber at 1230 hrs did not had any water to drink or a shady place to stand till sun went down. They were not allowed to spray their saliva on their body to cool down because that might have smudged the painting. People who came early and taken the seat their view was blocked by the people who came late and local management allowed them to do so happily. Kay commented that she wont go again in fact she was ready to leave even before the show started. Everyone was after a photo to destroy the photo of others. I could not see a single elephant without a person with camera standing next to it. There is nothing much for us to see in Jaipur. Albert Museum was interesting unfortunately zoo was closed on Tuesday.
We decided to visit Kheechan again. One of our guest Mrs Renate Seidi asked Kay if she can join us for kheechan. I hesitated to tell her initially that we dont look for luxury on our visits simply we cant afford and second thing is that Kheechan has nothing to offer except Demoiselle Crane.
She joined us from Jaipur. The person to whom I asked to arrange the accommodation for us booked us in such a shabby place that Kay and me couldn't sleep. Renate said she slept well. I decided that very minute that on way back we will look for accommodation ourselves.
Next morning we went to a place near Jodhpur to see the Chinkara. I had been there before but that day light was not brilliant so another visit was necessary. Kay and Renate liked the place very much and seeing Chinkara, Blue Bull and Peacock from that close quarter was a bliss.
After chinkara's we decided to visit the Endurance place to meet Philippa. She was there keeping the timing of Endurance horses.
By the time we reach Kheechan it was time to spread the food grain for Cranes. They put about thousand kilograms of food grain per day for cranes. About 7 to 8 thousand Cranes comes to feed. Kay and another German couple helped the staff in spreading the food grain. One boy said he was watching India SA match played at Gwalior. I also wanted to see that inning but missed. Later on someone told me that Sachin played 50 overs not out on 204 without a runner. Great What a record. Who will break it. Chris Gayle Sehwag are the two names who can do this but when time will tell us.
We saw Cranes at waterhole but couldn't see any at their roosting grounds. They roost in salt pan area of about 50 sq km. Difficult to be at the right spot at right time and sometimes they don't land after seeing the human beings on their landing ground.
We all spent a night in a cosy little room. We were ready before sunrise to see the birds. It is an amazing sight of seeing flocks and flocks of Cranes landing on Sand dunes. Than they just walk towards Chugga Ghar and jump or u can say little hoping flight to cross the fence of Chugga Ghar. We could count more than thousand birds at once inside the chugga ghar. Within two to three hours time every crane in the vicinity visits Chugga Ghar for feed. They rest on sand dunes after feed. By this time light becomes too harsh for photography.
We left at mid day had lunch on way and reached Jodhpur before dark. I checked Rajasthan Tourism hotel just to check their standard. Staff behaviour was as expected, lazy - careless. Two rooms were shown to us. Both were smelly with dirty shabby curtains. We stayed in Pan Haveli. Nice place to stay, very cheap for its value. Few things goes against the location that i will write on tripadvisor.com but the whole Jodhpur is that dirty for that matter.
Train journey's were as usual. Mobile phones ringing till midnight, people throwing rubbish and food leftovers under the seat and then complain about mice and cockroaches in the train, kids screaming for no symbolic reason except they are tired and parents taking no notice of them annoys fellow passengers. In our journey from Jaipur to Jodhpur one 5 yr old boy was making more noise than rest of the compartment together.
That is India! my dear.
Posted by Bandhavgarh at 12:50 PM 1 comment: