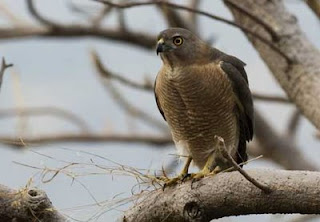 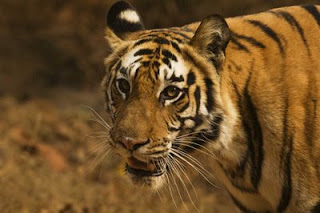 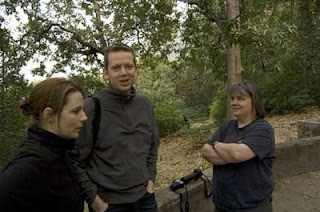 New Year first week was busy. i had two very good sightings of Durga's female cub. First one was with Mr Gerrard Bota his wife and his friend and other one of the same tiger with Ele Barkell, Liz, Lisa and Greame. Park was busy. Everyone has to rush to Hardia to get registered higher in numbers for Tiger show. As usual I decided to enter the park late and stay behind. I say avoiding the dust. Durga was seen crossing the road. Later I saw Tiger pugmarks on jeep track and there she was hiding behind the bush. I gave her some space to come out and there she was.
Next day with Ele Barkell we found her sitting on cement block. But she did not displayed like yesterday.
One good sighting in three days satisfy the client. After a photographable sightings we look for other animals. Still I look for a good Chital photograph. Last one I photographed in Bandhavgarh was 7 yrs back.

Posted by Bandhavgarh at 7:50 PM