We went to Magadhi zone today morning. Not much to see but tons of information about Tiger movements. When any area gets higher density of male Tigers then male territory becomes very flexible. It's very difficult to understand their movements. Mukunda and Jobi were not seen much this year by tourists. Mukunda is in Khitauli and Jobi is in Tala Range. Mukunda started his life from a place called Mukunda, where he was born, and now he is in better part of Khitauli. He is being pushed by some male from Damdama. But who is this male is still a mystery for us.
Blue eye is back and moving in some of the area previously owned by Jobi . Blue Eye was never strong enough to challenge Jobi after that fight in monsoon. So forced Jobi to squeeze his territory? Certainly not Blue Eye. His old wounds on his face and leg are still weeping and the hole in his leg is from abyss. So new young male those are behaving like wanderer are able to push dominant male Tigers here and there.
That's the reason why Jobi and Mukunda were not seen regularly in their old territories.
I agree with Boby Nowis that Magadhi is good to show the Tiger to guests but there is no beauty in landscape and wherever it was is destroyed by putting some man made object in a National Park. We forget that we don't have this concept that how a National Park should look?
When we saw a new water hole at Sukhi Patiya we laughed that now we will have the situation of Hindu Pani Musalmaan Pani in the park. (In last century this is how water was distributed to train passengers at the station) Prey and Predator will use separate water hole. A water hole is created just two hundred meters away from the stream.
Some good pictures of plant leaves and flowers. Sal, Shorea robusta is flowering well and so the Tinsa Desmodium oojeinense.
I asked our guide about Tinsa tree. He didn't knew and so the many others but same tree they recognize as Sandan. Which is another name for Tinsa. Kusum leaves are also adding some colours in the forest. 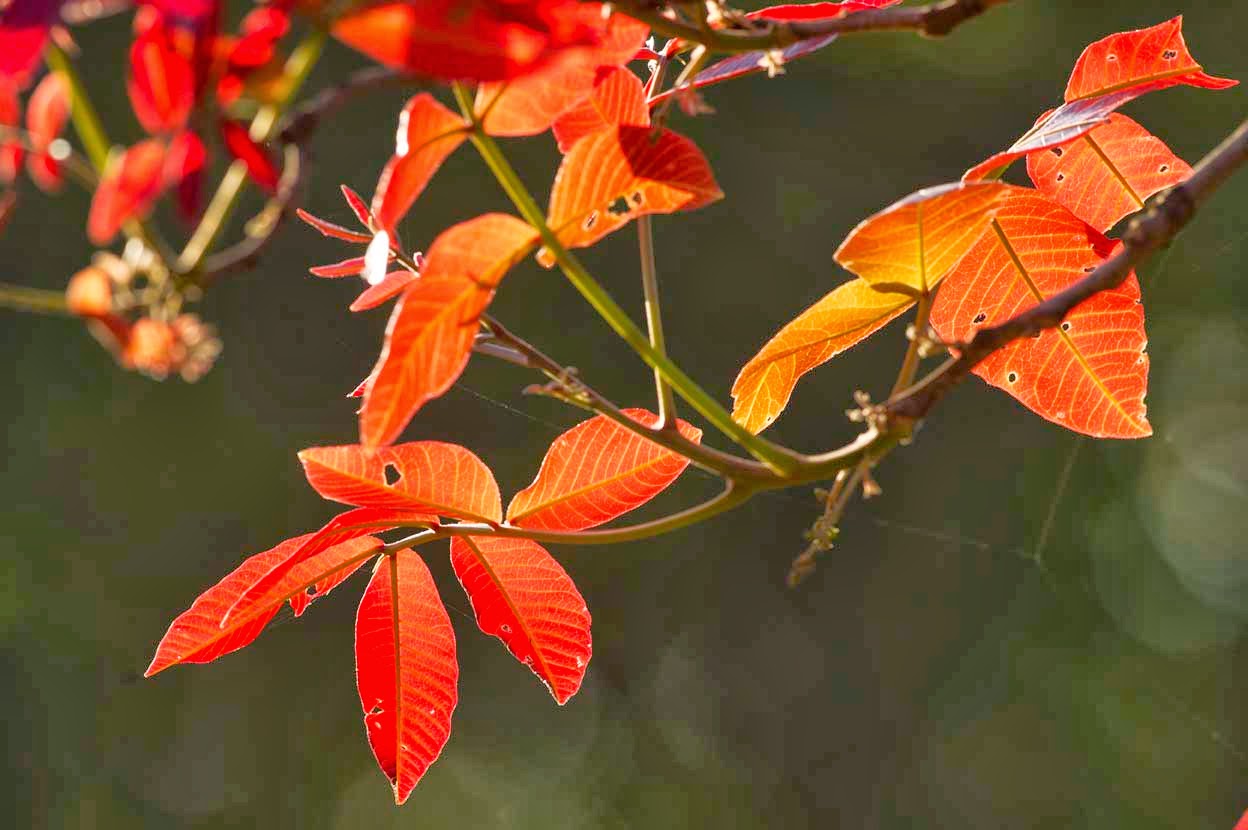 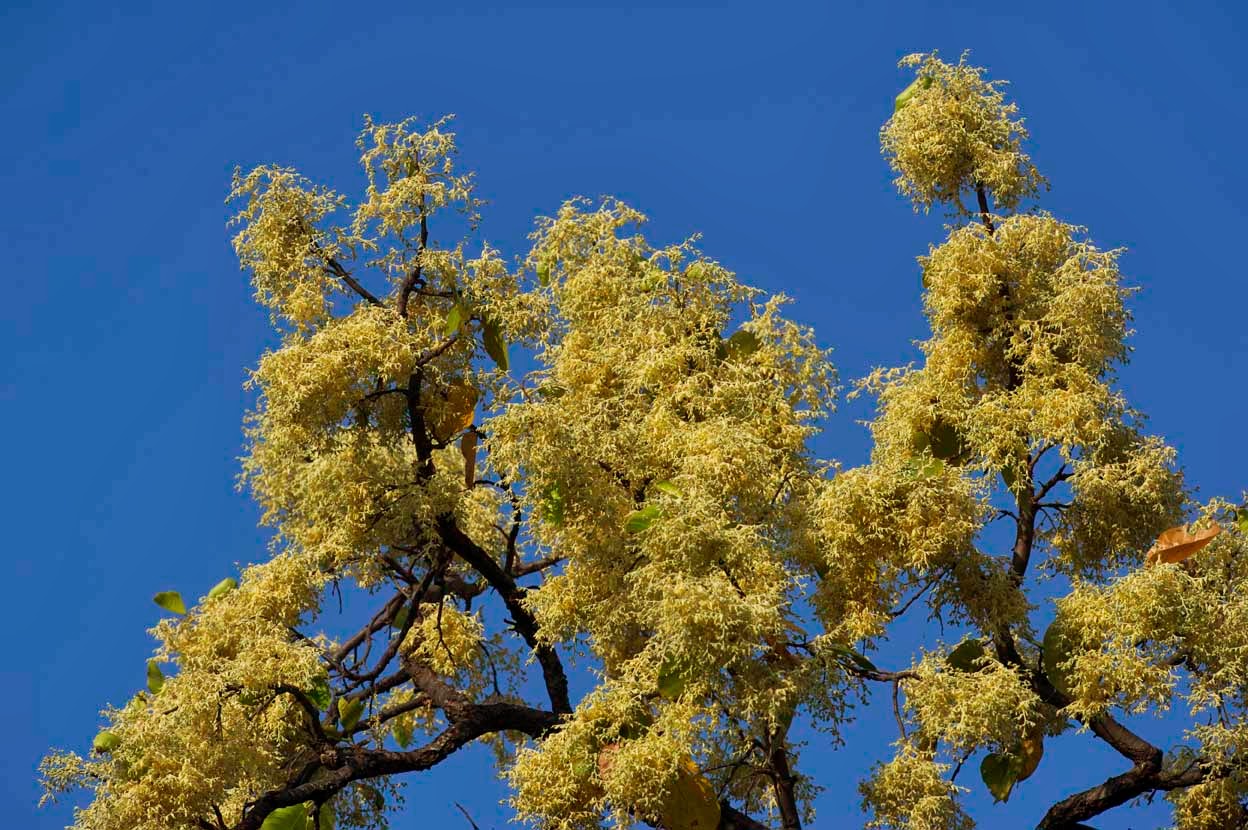 Have you ever seen Salt Licks hanging any where else in any other National Park in the country. It did provide a good picture anyway. 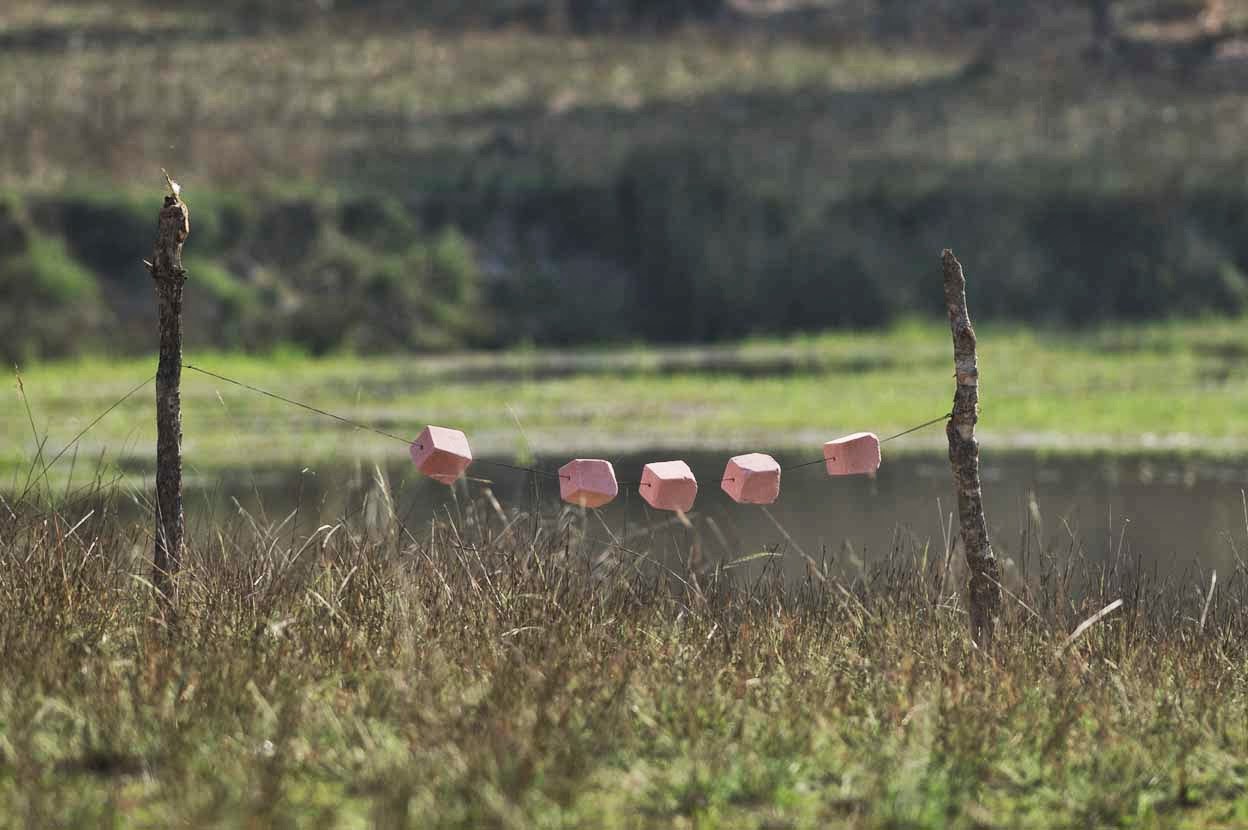 If the salt licks are put on the ground then with moisture salt seeps in the mud and even when salt lick is finished the soil of that place absorbs some salt and animal keep on licking the ground. They eat so much soil from that spot that even a small hole gets made in the ground. See the Spotted Deer in this picture. His head is in some hole. 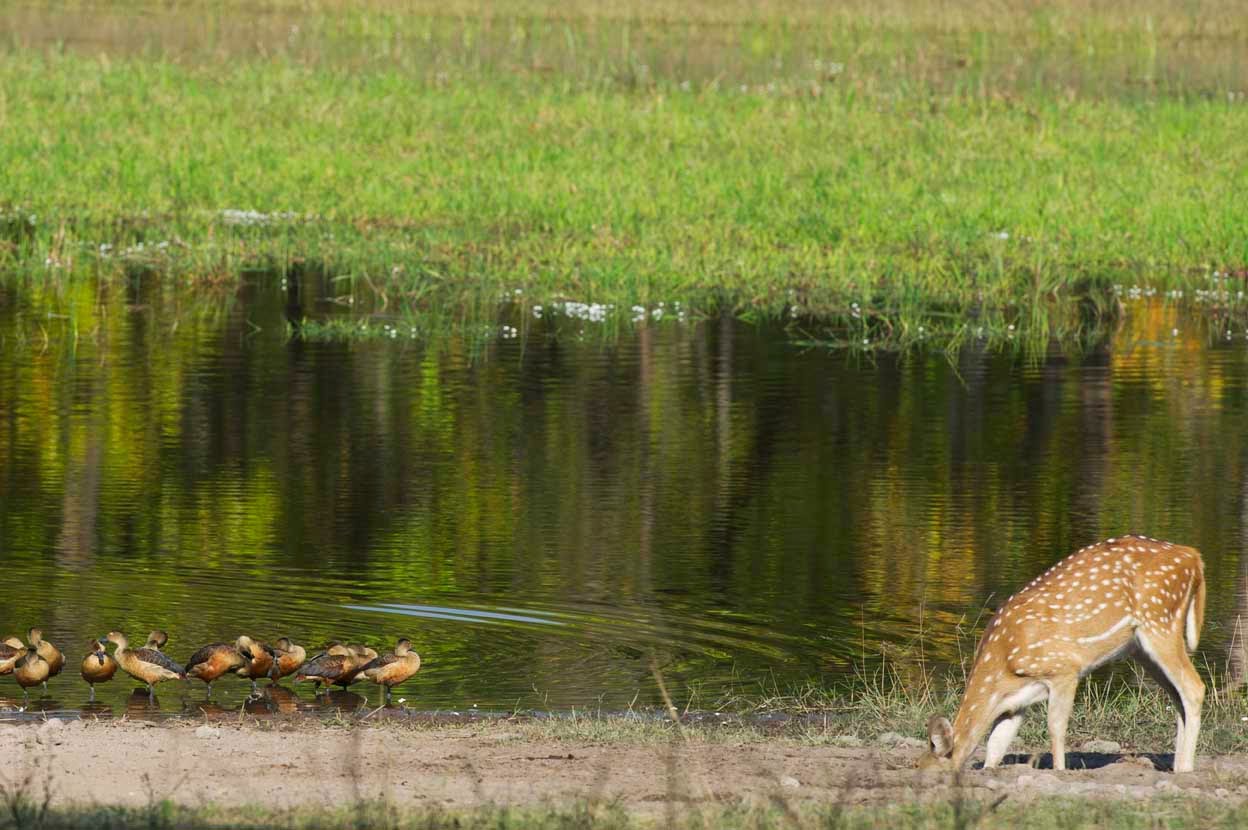 Animals do need salt and if salt is not provided then they look for it. Here in this picture one can see the curve in the stone created by monkeys by literally licking it. 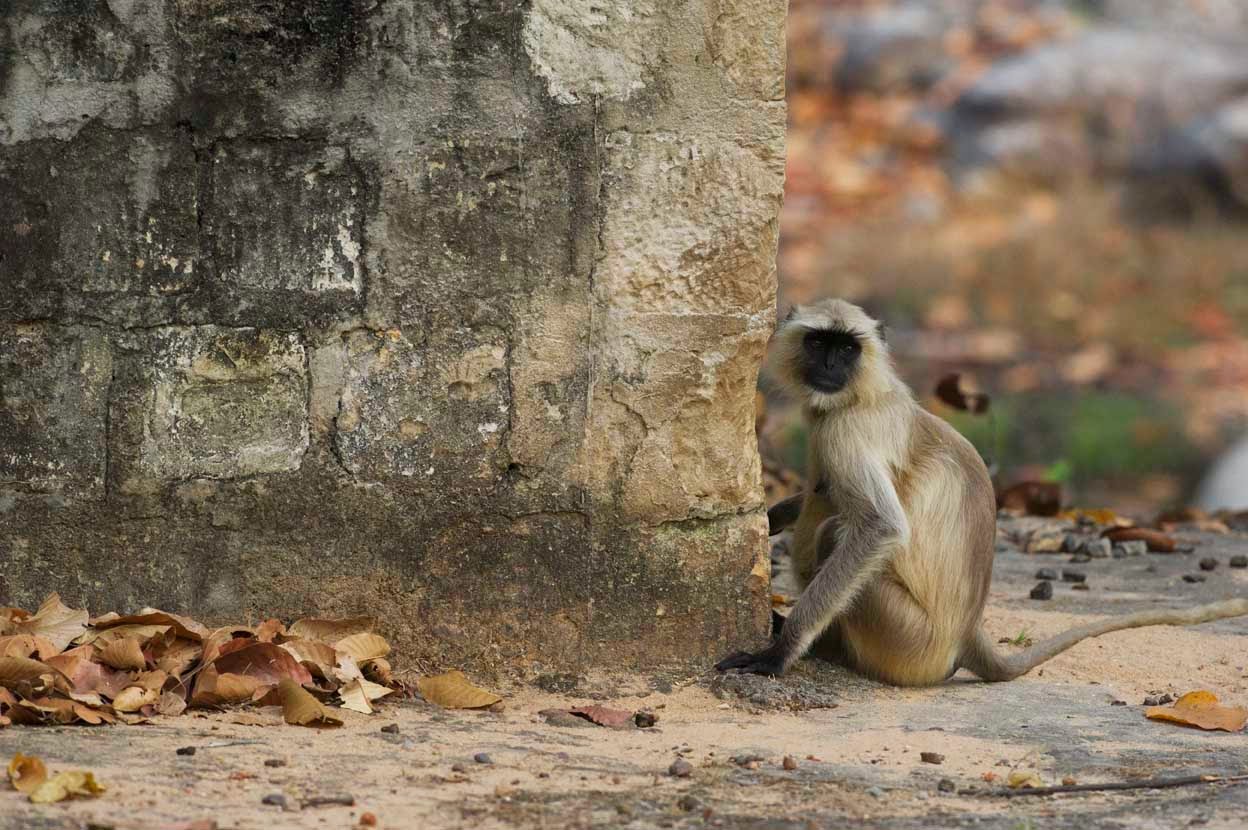